Synchronicities are the universe’s way of telling us everything is going to be ok. They tell us that everything has a purpose here on earth and can work alongside dreams to make the speakerphone even louder, and shout at us: ‘Hey! Have you got the message yet!’

Signs of a Bad Omen

I once saw a squirrel take another squirrel’s offspring from its nest, run down a tree and then go into the bushes. I chased it but couldn’t stop it – it vanished.

The mother came along and it was rightly panicked. I pointed and looked towards where the evil squirrel had scurried, and the poor thing dejectedly went after it to no avail.

The next day I collected as many petals from various flowers around the park and placed them elaborately around the foot and branches of the tree. I’m not sure if a squirrel would know or appreciate the meaning, or whether it would simply think that I’d inconvenienced them even further; hopefully the former. I hope she or he found their baby in the end.

What I did not know at the time was that the squirrel (and me) chasing the baby was an omen for my own life. I would be walking through the unknown, trying to see my 11 month old son more regularly after my partner left months later.

Of course, I do not feel I am so important to have had a squirrel sacrificed in front of me so that I’d see a sign from God – but I happened to be there at that moment in time to see what was already about to happen. It was a synchronistic moment.

A Moment of Clarity?

My ex-partner was supposed to pick up their belongings from our shared house. It was a very stressful time.

I waited in the park by the spot where I’d once elaborately proposed to her by leaving clues around the area’s trees and streams, starting off with a clue and toy inside a chocolate Kinder-egg, and ending by a buried silver Buddha box containing a beloved ornament she thought she had lost, and a magnificent golden engagement ring – she said yes. I can’t tell you the stress I felt knowing that the engagement ring was buried in a local park as I presented the perfectly wrapped Kinder Surprise at our home! It was whilst sat here again, this time alone, that I read part of a book, called Chaos to Clarity, that the memory of the squirrel came back to me. 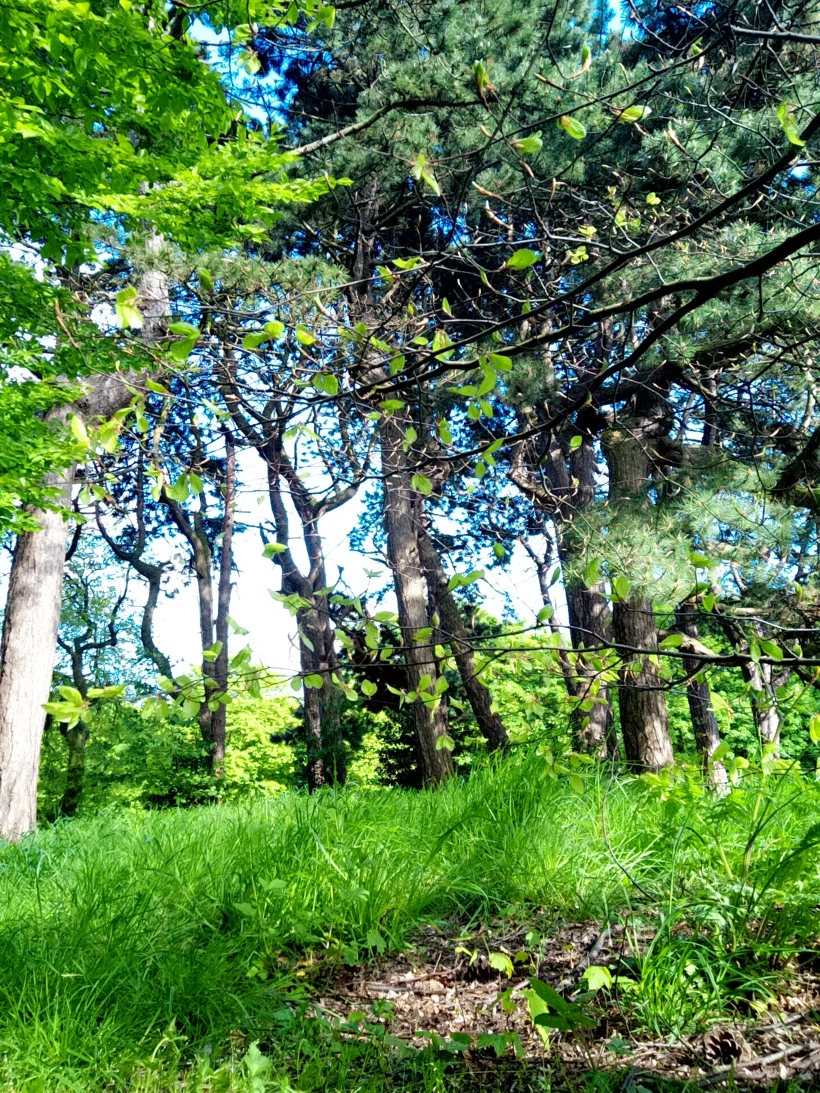 It is often in these moments that deeply impact our own psyche that we forge memories of the heart. In the book Reverend Patricia Cagganello spoke of a moment that forged itself upon her own psyche – a deer starring to the sky in a perfect pose. Previously she had been walking along and mulling over some negative arguments with her daughter.

Yet, there in front of her at that precise moment the deer stood, elegant and still like a divine painting. A moment so strange she had to do a double take, starring at the image in amazement and wonder. It was a sign on how to improve her relationship with her daughters and to be herself – more serene and composed, more divine, and plenty more positive.

Loss and Its Meaning

Before reading about the deer in Chaos to Clarity, I had read the previous chapters about loss and its meaning. I felt that the foundations had been laid for me to connect the horrific squirrel incident to my own life experience of the loss and separation from my baby, and the disappointment of a relationship that did not work out – despite giving it my everything.

Loss is something that opens new doors in life. It is through a plan to improve our souls that we must sometimes suffer – but to make sense of it before the pain becomes unbearable. Loss can be the spur to make us look at ourselves and shed the false us, and move into being more authentic versions of ourselves. As Bernie Siegel states in the book’s foreword:

‘What we call loss can be defined as change and that change can bring something new into your life. Labour pain leads to the birth of a new life. In the same way, loss can be the pain that stimulates and produces new growth in your life.’ (p.ix).

He adds: ‘One thing I would ask you to lose forever is the fear of loss.’ (p.xi).

A Strange Premonition in a Dream

Before these sad events took place I had a dream that only made sense with hindsight. Without going into too much detail, my dream had predicted our separation, as well as some key facts which are too private to divulge. A serious argument would erupt and a separation would occur.

The morning after our separation I dream of missing the postman and two notices of parcel non-deliverance being left through our post box. At that moment I wake up in my bed alone. A few seconds later I hear a knock at the door – it’s the postman and he has a package for me. Would I have been able to answer the door if I had not been awake thanks to my dream? I go back to sleep and yet another package arrives. The day after the separation, my dreams tell me – you are not alone.

I am reminded of a story written by J. W. Dunne, who once wrote of an argument in a dream between himself and a waiter over whether the time was 4.30 am or 4.30 pm – he awoke to find the time was precisely 4.30 am. His journey into the dream world had begun.

I sincerely hope my personal story and those from Chaos to Clarity will help you if you are going through any kind of loss, or are struggling to find  meaning in life. Remember – all dreams have a purpose.

This is a text widget, which allows you to add text or HTML to your sidebar. You can use them to display text, links, images, HTML, or a combination of these. Edit them in the Widget section of the Customizer.
Loading Comments...
%d bloggers like this: